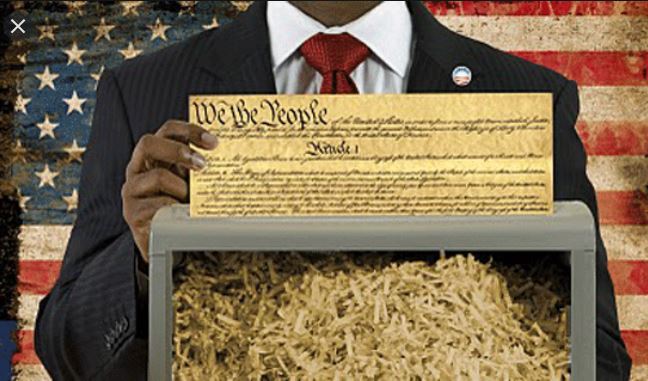 Paul Krugman, liberal economist and long-time columnist for the New York Times, has argued that Republicans have long since ceased to view Democrats as the loyal opposition — and that they don’t believe that Democrats even have “the right to govern.” Journalist Travis Waldron, in an article published by HuffPost this week, examines the type of changes that far-right Republicans would make to the U.S. Constitution if a constitutional convention were to come about. And according to Waldron, “The project to overhaul the Constitution is much closer to fruition than most people realize.”

“Since 2014, the Convention of States Project and other conservative groups, including the American Legislative Exchange Council (ALEC), have helped persuade lawmakers in 15 states to pass resolutions that call for a new constitutional convention,” Waldron explains. “Led by a prominent right-wing activist ― former Tea Party Patriots founder Mark Meckler, who is also the current acting CEO of Parler, a social media platform popular on the right ― the Convention of States Project has spread the gospel of a convention to an increasingly radical audience. This year, lawmakers proposed 42 Convention of States resolutions in at least 24 new states, according to the Center for Media and Democracy, which has long monitored the convention push.”

Article V of the U.S. Constitution allows a constitutional convention to be called if two-thirds of the states called for one, which means that 34 states would be needed.

Dave Super, a law professor at Georgetown University in Washington, D.C., believes that a constitutional convention is a strong possibility if Republicans perform well in the 2022 midterms.

Super told HuffPost, “I think if (Republicans) win the midterm elections, if they take the House and Senate, they will try to call an Article V convention immediately. It’s not a foregone conclusion that the simple Republican majority would get there, but if they get big majorities, I think they’ll try.”

Read Henderson’s complete article on Alternet, here:
“Reporter warns far-right Republicans may be close to achieving a ‘radical rewrite’ of the Constitution”