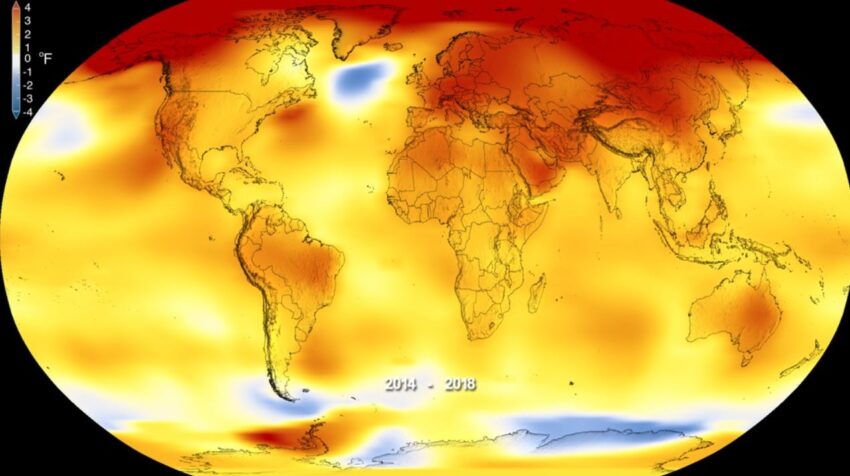 Covid may soon be the least of our worries

By Thom Hartmann
Reprinted by permission of the author

As more Americans are getting vaccinated, there’s a sense of relief washing over the country that’s almost giddy. But we’re not out of the Covid woods yet, and, in some ways, it’s distracted us from a frankly much larger crisis.

Our planet is screaming a message at us, and Covid is part of that communication. The death of nature and the appearance of Covid are all part of the same thing.

I’ll never forget the day the trucker called into my radio show. It was at least a decade ago, and he identified himself as a long-haul trucker who regularly ran a coast-to-coast route from the southeast to the Pacific Northwest dozens of times a year.

The phone lines lit up. People from Maine to California, from Florida to Washington state shared their stories of the vanishing insects where they lived. Multiple long-haul truckers listening on SiriusXM had similar stories.

We had just moved to Portland at that time, living on a floating home in the Willamette River, and the air was filled with bugs and swallows, small insect-eating birds that fly as fast and sometimes as erratically as bats. A neighbor had a “swallow house,” a box on a pole by the side of her home with a dozens small holes in it where the swallows made their nests.

A bit more than a decade later, now living on the Columbia River in Portland, I haven’t seen a swallow in at least two years. The swarms of gnats, the mosquitoes, butterflies, beetles and moths that marked spring and summer for most of my 70 years, from Michigan to Vermont to Georgia to Oregon, all seem to have largely vanished.

But that’s only part of the story.

The insect apocalypse that the world is now experiencing and the Covid pandemic are all of one cloth. We humans have exceeded the capacity of this planet that we have conquered, and it’s beginning to bite us back.

For the first several hundred thousand years of human history, our population slowly grew to around 5 million people at the dawn of the agricultural revolution 10,000 years ago. From that moment to 1800, our population crept up to 1 billion. The 2nd billion only took 130 years: 1930. The third billion took only 30 years: 1960. The fourth billion we hit in 15 years in 1974, and the fifth billion took only 13 years: 1987. Today we stand on the verge of 8 billion people.

As I point out in my book The Last Hours Of Ancient Sunlight, in the process of all this population growth we have consumed virtually all of the world’s wild spaces. We’ve harvested the oceans, razed the forests, and are burning thousands of acres of the planet’s jungles every hour.

In just my lifetime, more than 80% of all the wild animals on Earth have vanished, and today over a million species are on the verge of extinction. Just since 1970, North America has lost about a third of all our birds. Scientists have declared an insect apocalypse; as that “bottom of our food chain” vanishes, and it’s pollinators with it, it threatens the entire web of life on this planet.

Humans, and animals raised by humans for food, are now the dominant species on earth; fully 96% of all mammals on this planet are us and our livestock.

As we drive deeper and deeper into the wild spaces of Earth and simplify formerly complex ecosystems, we’re encountering diseases that were only small annoyances to the animals (like bats) that coevolved with them over millions of years. Now they plague us.

AIDS, SARS, Zika, dengue, West Nile, ebola, Marburg, Lyme disease: all have jumped from the wild into large portions of humanity in my lifetime. And now we have Covid.

Our single species is wiping out other species at a rate not seen since the last great extinction when the dinosaurs vanished. This is absolutely unsustainable.

Our climate, which supports human civilization as well as the diversity of life on this planet, is also collapsing purely as the result of humans burning fossil fuels.

At the same time, the industrial activity we use to support this population explosion is, itself, threatening to wipe out humanity. Human sperm counts are collapsing around the world, presumably because of man-made chemicals in our processed foods and packaging. It’s so bad that in many nations human “sperm counts are set to reach zero in 2045.”

There are things we can do.

Eating dramatically less meat will significantly lessen our burden on the Earth, and shifting from fossil-fuel energy sources to renewables will slow down both the way we’re altering the atmosphere and cut the trillions of tons of poison we’re pouring into our biosphere every year.

Our modern, younger culture must learn the respect for non-human life and the environment that older indigenous cultures around the world have been trying to tell us about for hundreds of years. Our religions and culture must adapt, as theirs did thousands of years ago when they encountered their own biological and environmental limits.

We must set aside and work fiercely to protect what is left of the natural world now, and mobilize the world to stop the trade in wild animals, the fourth-most-trafficked product on earth behind drugs, weapons and people and the most likely source of Covid.

And we must empower women.

Most important, we must reform our politics to incorporate notions of sustainability and compatibility with the ecosystems from which we evolved. Policy can become our most potent tool, and it’s vital we keep this in mind as we approach the Biden Administration’s Build Back Better infrastructure program proposed this week.

Covid is just the last in a long line of diseases that were warning signals to humanity that we’ve pushed beyond our natural limits. If we don’t start listening and acting immediately, it may soon be the least of our worries.