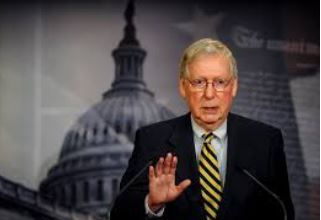 It’s fair to say that the filibuster, a relic of the Jim Crow era, has allowed the GOP under Mitch McConnell to turn the Senate into the graveyard of all good legislation. Under this system, the next good legislation to die there will be H.R.1 (“For the People Act of 2021“), “the most sweeping set of democratic reforms since the Voting Rights Act of 1965.” Given the fact that the Republican Party is proposing 253 voter suppression bills in 43 states, it’s no exaggeration to say that the future of our democratic government and the possibility of the Democratic Party ever winning another national election, is at stake.

That’s the risk in doing nothing about the filibuster. Doing nothing about it probably also guarantees that the Biden administration will be unable to achieve the sort of large scale reforms it needs in order to win a second term. The risk in doing something about it (to weaken the GOP’s death grip on legislation) is that this will put Democrats at a disadvantage the next time they become the minority party. Personally, I consider the risk of doing nothing far greater than the risk of doing something. Particularly since one of the reforms most discussed now among Democrats is to require filibustering opponents of legislation to actually get up and speak.

Democracy on the Brink

WASHINGTON — In the coming weeks, the battle over democracy’s future in America will hit a boil.

On one side is a group that looks at the last election and sees a resilient but damaged system. A system that withstood — sometimes only barely — a raging pandemic, a conspiracy-theory-peddling president, a major political party all too eager to amplify that president’s lies, a wave of hail-mary lawsuits intended to overthrow the election result, and a violent insurrection in the halls of the U.S. Capitol.

The other side of this battle sees that rickety system and wants to break it so badly the voters can never get in their way again.

On Wednesday night, the Democratic-controlled House of Representatives passed H.R. 1, the For the People Act, the most sweeping set of democratic reforms since the Voting Rights Act of 1965 and an effort to fortify our democratic system after the turbulence of the past six months. H.R. 1’s passage sets up a clash in the U.S. Senate where the bill stands little chance of passage without amending or removing the filibuster, an anti-democratic relic of the Jim Crow era that gives a minority of senators the power to block most legislation. Unless Senate Democrats reform the filibuster, H.R. 1 is dead on arrival, and the best hope for repairing and improving our democracy dies with it

At the same time, Republican lawmakers in state capitals across the nation are introducing hundreds of bills to restrict the right to vote, using former President Donald Trump’s lie about a stolen election as a rallying cry and as political cover. This wave of legislation, experts say, will disproportionately restrict access to the ballot box for young, black, and brown voters — the most reliable voting blocs for the Democratic Party.

See also (related):
“Joe Manchin vows (yet again) the filibuster is here to stay — so much for Biden’s agenda“