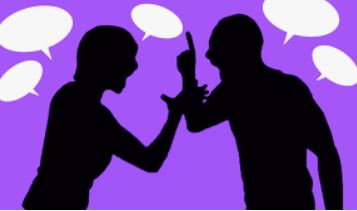 By a 3 to 2 vote yesterday, the Nevada County Board of Supervisors tabled a resolution widely referred to — and just as widely misunderstood — as the “Open Nevada County Resolution,” despite the fact that it would have no immediate legal effect on local businesses. As Yubanet explained it:

The resolution was modelled on a template proposed by Assembly member Kevin Kiley (R-Granite Bay) at a gathering of Republican legislators in Red Bluff on Oct. 29, 2020. The ‘Healthy Communities Resolution’ was drafted by Assembly members James Gallagher, Kevin Kiley and Megan Dahle, and Senators Brian Dahle and Jim Nielsen. Variants of the template have been adopted by eleven counties, according to the item’s supporting staff report.

In his introduction of the resolution, Board Chair Dan Miller said that the measure was merely an appeal to the Governor, and that similar measures in eleven other counties had not been accepted by the state. The most serious question about this resolution, suggested Eric Robins, Chair of the Nevada County Democrats, is “will people take it as permission to go ‘back to normal?’ ” Heidi Hall, in her closing remarks, also expressed concern that, judging by the public comments, the resolution was apparently widely misunderstood to have the effect of “opening Nevada County.”

The comments, lasting a couple of hours, were quite varied. Several people invoked the Constitution and pointed out to the Supervisors that “You work for We the People” (where that apparently means only the people who oppose the COVID-19 mandates). One commenter recycled the hydroxychloroquine misinformation, while another used the occasion to do a dissertation on  the connection between PCR (presumably polymerase chain reaction) and a supposed high level of false positives in testing. Another commenter addressed Heidi Hall directly (against the ground rules) and suggested that she is bringing communism to Nevada County. Many people complained about having to wait outside and comment outside in the bitter cold (whereupon Dan Miller reminded everyone that they were welcome to enter the Rood Center on the condition that they wear masks … apparently too onerous a requirement for most people).

In the end, the Board did the right thing by tabling the divisive and misleading motion.