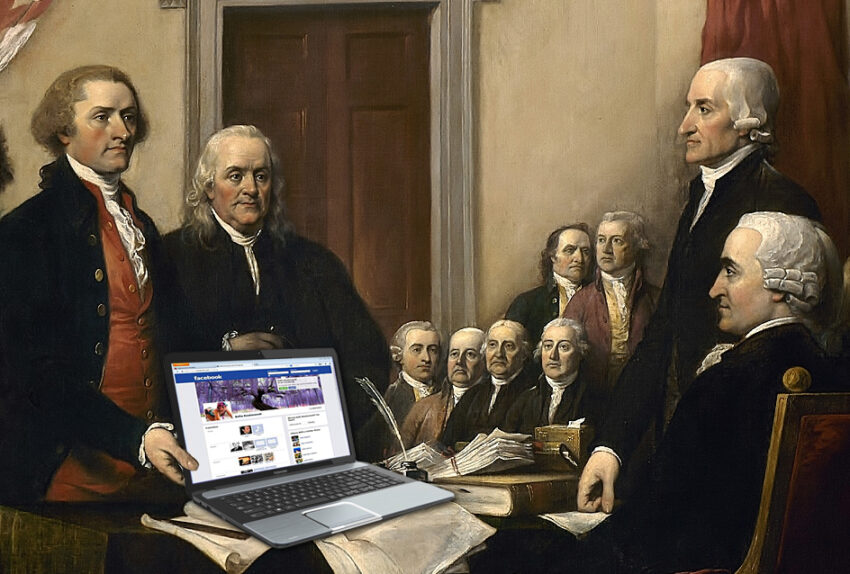 If you’re not reading the daily dispatches by historian Heather Cox Richardson, her nightly newsletter called Letters from an American, you’re missing one of the most enlightening and enriching commentaries of our time, giving an historical perspective on current events. You can signup to receive it by email here. So far, I have been receiving only the free version of her newsletter, so I can’t can’t report on the added value of her annual or monthly plan (but I may try it soon).

“Until the early 1700s, in Europe, the monarch was the state. Either you were loyal to the king, or you were a traitor. Gradually, though, the British political thinkers from whom Americans drew their inspiration began to object to the policies of the British monarchy while remaining loyal to the government. They developed the idea of a loyal opposition. This was an important development in political thought, because it meant that a person could be loyal to the country (and keep his head firmly on his shoulders) while criticizing government policies.

“It also meant that the people in power would have oversight to keep them on the straight and narrow. There’s nothing like opponents watching you for any potential scandal to keep corruption to a minimum.

“During the establishment of the early American republic, the Framers of the Constitution briefly imagined that since the colonists had thrown off the king they would no longer need an opposition. But almost immediately—as early as President George Washington’s administration—men who disagreed with Washington’s policies organized their own party under Thomas Jefferson to oppose those in power. Jeffersonians offered to voters an alternative set of policies, and a way to put them into practice without overthrowing the government itself. This recognition of a loyal opposition was key to more than 200 years of peaceful transfers of power.…

“Trump is rejecting the idea that Democrats can legally win an election. As this crisis drags on, more and more of his followers are echoing his insistence that the Democrats could not possibly win except by cheating. There is no evidence to support this claim. Trump’s lawyers have repeatedly admitted as much in court. It is rather a rejection of the possibility that Democrats can legitimately govern.

“Our democracy depends on our ability both to criticize our government and to believe that we can legitimately elect a different set of leaders to advance different policies. If we lose the concept of a loyal opposition, we must all declare allegiance to the king.”

I’m currently reading her book, “How the South Won the Civil War.”

(From Wikipedia): “Heather Cox Richardson is an American historian and Professor of History at Boston College, where she teaches courses on the American Civil War, the Reconstruction Era, the American West, and the Plains Indians. She previously taught at MIT and the University of Massachusetts.

“Richardson has authored six books. Her sixth, titled How the South Won the Civil War: Oligarchy, Democracy, and the Continuing Fight for the Soul of America, was published in March 2020 by Oxford University Press.

“She is also a founder and editor at Werehistory.org, which presents professional history to a public audience through short articles. Between 2017 and 2018, she co-hosted the NPR podcast Freak Out and Carry On. Most recently, Richardson started publishing “Letters from an American”, a nightly newsletter that chronicles the 2019 Trump–Ukraine scandal in the larger context of American history.”