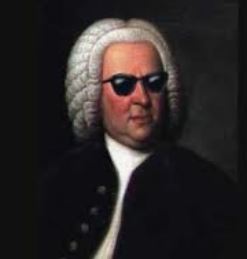 I was only half joking recently when I suggested in a Facebook comment that Johann Sebastian Bach, if he were alive today, would probably be playing with the New Orleans street jazz band, Tuba Skinny. I think he’d have loved the washboard.

For the last couple of weeks, I have been obsessed not just by Tuba Skinny, but also by their particular performance of the song “Jubilee Stomp” (composed and performed in 1928 by Duke Ellington). I’ve found (on YouTube) a whole bunch of renditions of Jubilee Stomp by various bands, including that by Ellington himself, but none  come even close in excellence to Tuba Skinny‘s .

There is — seriously — a long connecting line from Bach’s “Art of the Fugue” to Jubilee Stomp! It’s music for (of course) the soul, but also for the brain, which loves improvisation and complexity, especially complexity.

I can’t seem to get enough of it. You have to listen to this piece a few times (say, half a dozen or more) to really get it.