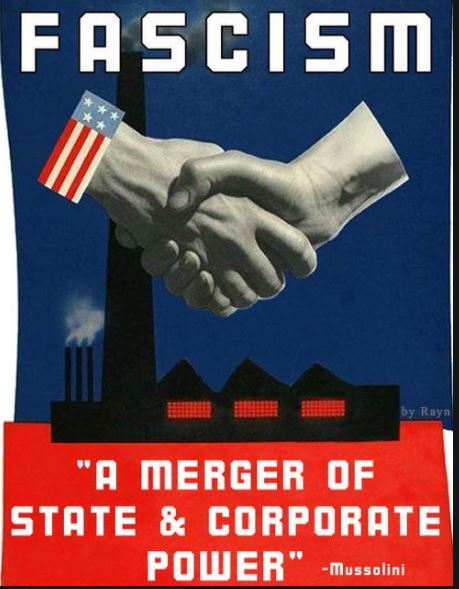 It must not be allowed, like the Confederacy was, to live on with its own “lost cause” BS mythology

By Thom Hartmann
Reprinted with permission of the author

President Joe Biden has largely given up on trying to negotiate anything with Republicans. There’s a good reason for this: the GOP is no longer a legitimate political party.

One of the most comprehensive and well respected surveys of political parties worldwide is called the Global Party Survey and came out of work done at Harvard in the US and Sydney University in Australia. The researchers note: “Drawing on survey data gathered from 1,861 party and election experts, the study uses 21 core items to estimate key ideological values, issue positions, and populist rhetoric for 1,127 parties in 170 countries.”

What they found was that the Democratic Party in the US is fairly solidly within the norms for political parties in fully developed countries around the world. It resembles normal and legitimate parties in Canada and most of Western Europe.

The Republican party, however, both behaves and is ideologically most similar to Hungary’s Fidesz party, Turkey’s AKP party and Poland’s PiS party.

All three are, essentially, fascist parties. As Zach Beauchamp of Vox notes, Turkey is one of the world’s leading jailers of journalists, Poland’s party has threatened judges who don’t rule the way they like with criminal punishment, and Hungary scapegoats immigrants as a strategy to gain and grow political power.

Victor Orban’s Fidesz Party is particularly worth examining, because it sometimes appears that Donald Trump was using it as a model for his own rise to power.

For twenty years Hungary was a functioning democracy; today it’s a corrupt oligarchy.

In ten short years since he was first elected in 2010, Prime Minister Viktor Orbán, now fabulously wealthy by Hungarian standards and an oligarch himself, succeeded in transforming his nation’s government from a functioning European democracy into an autocratic regime of single-party-rule.

Orbán took over the Fidesz Party, once a conventional “conservative” political party like our GOP pre-Reagan, with the theme of restoring “Christian” purity and “making Hungary great again.”  His rallies regularly draw tens of thousands.

He campaigned on building a wall across the entirety of Hungary’s southern border, a promise he has largely kept.

He altered the nation’s constitution to do what we’d call gerrymandering and voter suppression, ensuring that his Party, Fidesz, would win more than 2/3rds of the votes in pretty much every federal election well into the future.

He’s now packed the courts so thoroughly that legal challenges against him and his Party go nowhere.

His Party has rewritten elementary school textbooks to say that refugees entering the country are a threat because “it can be problematic for different cultures to coexist.”  Using this logic, he has locked up refugee children in cages.

When the Hungarian Helsinki Committee said “the indefinite detention of many vulnerable migrants, including families with small children, is cruel and inhuman,” Orbán said the Syrian refugees seeking asylum “pose a security risk and endanger the continent’s Christian culture and identity.” He added, “Immigration brings increased crime, especially crimes against women, and lets in the virus of terrorism.”

Five years to the week before American Nazis rallied in Charlottesville and murdered Heather Heyer, a group of some 700 right-wing “patriots” held a torchlight parade that ended in front of the homes of Hungary’s largest minority group, chanting “We will set your houses on fire!”  Orbán’s police watched without intervening.  Zsolt Bayer, one of the founders of Orbán’s party, provoked the demonstration when he called the Roma “animals…unfit to live among people.” Orbán refused to condemn him or the anti-Roma violence.

He’s handed government contracts to his favored few, elevating an entire new class of pro-Orbán businesspeople who are in the process of cementing control of the nation’s economy, as those who opposed him have lost their businesses, been forced to sell, and often fled the country.

Virtually the entire nation’s press is now in the hands of oligarchs and corporations loyal to him, with talk radio and television across the country singing his praises daily.  Billboards and social media proclaim his patriotism.  His media allies are now reaching out to purchase media across the rest of Europe to spread his rightwing message.

Last year he began dismantling the Hungarian Science Academy, replacing or simply firing scientists who acknowledge climate change, which he has called “left wing trickery made up by Obama.”

The world, and particularly the EU, have watched this 10-year juggernaut with increasing alarm, and even the EU’s 2015 and 2018 attempts to essentially impeach Orbán have backfired, increasing his two reelection margins as his handmaids in the media proclaim him a victim of the “European deep state” and “meddling foreigners,” particularly George Soros (who, ironically, once paid for a young Orbán to study in Britain).

While he blasts Soros and his own country’s Jewish leaders with anti-Semitic tropes, he was feted by Israeli Prime Minister Netanyahu, who called him “a true friend of Israel.”  Orbán replied, “A Hungarian patriot and a Jewish Israeli patriot will always find something in common.”

Last summer, the same month Rudy Giuliani said he had a former Ukrainian prosecutor willing to testify that Joe Biden was corrupt, Donald Trump invited Orbán to the White House for a state visit;  Orbán has been one of Trump’s two primary sources of information about how Ukraine opposed or tried to “sabotage” him.

In a rally three months before his White House meeting, Orbán said that countries that accept refugees are producing “mixed-race nations.”

Orbán is now ruthlessly using his own nation’s diplomatic and criminal justice systems to aid foreign criminal oligarchs, having hired his own local versions of Bill Barr and Mike Pompeo.

The American Republican Party in many ways followed Orban’s example as it moved from being a legitimate political party to a fascist outlier on the world stage. This happened in four steps.

The first step was when a Republican majority on the Supreme Court ruled in 1976 and 1978 that if politicians or a political party wanted to take vast sums of money from individual billionaires or large corporations, that was no longer to be considered bribery or political corruption. Instead, the Court said, and doubled down on in 2010 with Citizens United, money is not money but is, in fact, “First Amendment protected free speech.”

Back in the 1970s the Democratic party was so awash in cash from labor unions that they largely ignored the ruling, but the GOP jumped in with both feet and the ocean of money that flowed from that effort floated Ronald Reagan into the White House in 1981. It also led him to make common cause with a number of rightwing billionaires, who today essentially own the Republican Party.

In some ways, the network these billionaires have created is actually larger than the GOP. As Ken Vogel noted for Politico in 2016:

[Charles] Koch and his brother David Koch have quietly assembled, piece by piece, a privatized political and policy advocacy operation like no other in American history that today includes hundreds of donors and employs 1,200 full-time, year-round staffers in 107 offices nationwide. That’s about 3½ times as many employees as the Republican National Committee and its congressional campaign arms had on their main payrolls last month, according to POLITICO’s analysis of tax and campaign documents and interviews with sources familiar with the network. And the staggering sum the network plans to spend in the 2016 election run-up ― $889 million ― is more than double what the RNC spent in the previous presidential cycle.

Reagan put into his cabinet and as his heads of regulatory agencies former lobbyists and other corrupt officials, beginning the internal destruction of a US government that was once responsive to its average citizens.

The second step was in the 1990s, when Newt Gingrich arrived in Washington DC and essentially proclaimed that power was the only thing that mattered in politics. He shut down and threatened to shut down the government repeatedly, impeached Bill Clinton for private, consensual extramarital sex, and established as a political principle for the Republican party that reality didn’t matter as long as you could sell what you were doing to voters.

The best example of this was his so-called “Contract With America,” which mostly boiled down to tax cuts for the very rich, destruction of labor unions and cutting benefits for low-income and working people, and deregulation of American corporations.

The third step toward fascism for the Republican Party came with Donald Trump. Trump said out loud what Nixon, Reagan and both Bush’s said with dog whistles like the Willie Horton ads: the GOP was now officially the party of white supremacy. Everything else was subordinate to that.

And the fourth step that we see playing out today is based on the classic fascist strategy of the Big Lie.

Mussolini‘s Big Lie had to do with Italy’s “mutilated victory” that helped end World War I. He said for Italy to return to its glory days, it would have to establish an empire and he was the man to do it.

Hitler‘s Big Lie was that Germany had been “stabbed in the back” by Jewish and socialist negotiators at the end of World War I, and that they were actually on the verge of winning the war when these people sold Germany out.

Trumps Big Lie, beyond “American carnage,” was that he won the 2020 election but was denied his victory because of “voter fraud” perpetrated by Black people in majority-Black cities like Detroit, Philadelphia and Milwaukee. He continues to sell this lie, and has been joined by most of the institutional Republican Party in it.

Today the libertarian- and petro-billionaires that Ronald Reagan welcomed to the party so completely own it that no Republican is willing to admit that climate change is real, that the American people actually like Social Security and Medicare, or that people working full-time shouldn’t live in poverty.

Political positions that are fabulously popular — from Covid relief to rebuilding our nation’s crumbling infrastructure — are now routinelly opposed by the GOP not because they’re bad policy but because their billionaire patrons don’t want their taxes raised to pay for them.

We’ve now reached the point where the Republican Party can no longer be reformed; it must be either torn down and rebuilt or eliminated from American political life at the ballot box if our government is to regain anything resembling the ability to govern on behalf of the majority of its citizens.

It’s a job some of the “never Trump“ Republicans are trying to undertake at this moment, and most Americans wish them well.

And today’s Trump-twisted, corrupt GOP must not be allowed, like the Confederacy was, to carry forward its own “lost cause” bullshit mythology about the 2020 election or “hugs and kisses” to the Capitol Police on January 6th. We now have the benefit of hindsight to know how that worked out.