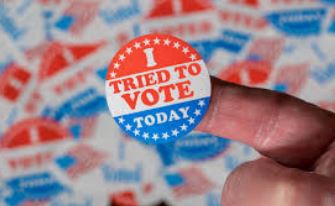 Republicans have known since at least the 1980s that they do better in elections when fewer people vote, So, they do everything they can — both legal and illegal — to disenfranchise Democratic voters. Listen to Republican Paul Weyrich explain why Republicans need to suppress voter turnout:

Republicans across the country responded to record voter turnout by unleashing a flurry of legislation aimed at restricting ballot access, citing concerns over unfounded allegations of rampant voter fraud that they themselves stoked for months.

At least 253 bills with provisions restricting voting access have been introduced, pre-filed, or carried over in 43 states, mostly by Republicans, according to an analysis by the Brennan Center for Justice at New York University Law School, dwarfing the number of similar bills filed at this point in 2020.

“Many of these measures are in response to a “rash of baseless and racist allegations of voter fraud and election irregularities” that former President Trump and his Republican allies promoted for months without any evidence, the Brennan Center report said.

“We are about to be hit with a tidal wave of voter suppression legislation by Republican legislatures throughout the country,” warned Marc Elias, a prominent Democratic attorney and founder of the voting rights advocacy group Democracy Docket, who batted back many of the election lawsuits filed by Trump and his supporters. Elias said in an interview with Salon that he fears this could result in a historic “contraction of voting rights like we have not seen in recent memory.”

“Republicans are doing this because they think they can gain an electoral advantage from making it harder for Black, brown and young voters to participate in the process,” he said, adding: “This is the reaction of a party that knows it can’t compete for a majority of the votes. So it is acclimating itself to minority rule through a number of tactics. Gerrymandering is one piece of it. But certainly, voter suppression is a big piece of it.”