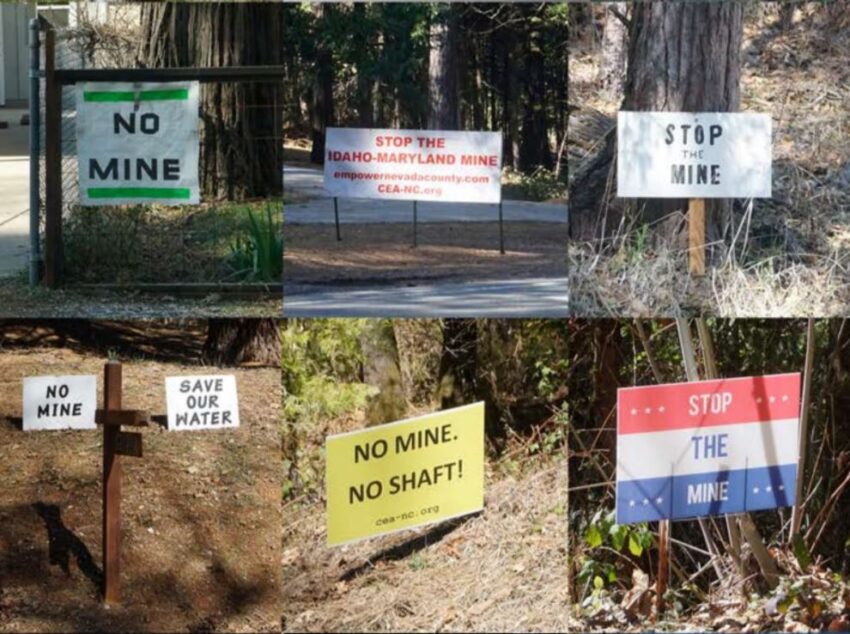 Nevada County has not commissioned an economic impact study on the proposed reopening of the Idaho-Maryland Mine, but they should.

Rise Gold promises they’ll bring 312 jobs to the County, but a prior economic study suggests about half of those would come from out of area, less than 2% of those employees would buy homes, and simply allowing the property to develop according to the County’s existing general plan would actually bring more jobs.

The application documents submitted by Rise Gold show anticipated jobs that will be created once the mine is fully operational.[1] However, questions remain about the quantities and phasing of these jobs, and whether they will be filled from the local workforce or by people with specific technical skills from out of the area. It is also important to know what would be the net gain or loss of jobs in the area as a result of the mine, as well as the impacts on housing that may be caused by an influx of workers.

While it is true that we can expect some evaluation of housing impacts in the Draft Environmental Impact Report when it is eventually published, a more useful and comprehensive economic study regarding jobs, fiscal effects, and economic growth is not being done.

There was an economic study done as part of the analysis for the previous attempt to open the mine by Emgold Mining Corporation, 2008.[2] It must be noted that the proposed project by Emgold was different in several ways. It included a tile factory as a means of disposing the mine tailings by fusing them into tiles. And the main processing facilities were to be on the 56 acre site on Idaho-Maryland Road, not at the Brunswick site. But otherwise, the proposals are similar in that they include dewatering, establishment of a mineral processing facility, and the same basic activities of reopening and operating the mine.

There are a number of things that we can learn from that economic study. For example, because the Emgold project would have included a tile factory, the number of jobs when fully operational was predicted to be more, anticipating full operations to include 400 employees [3] (versus 312 employees in the current Rise Gold proposal [1]). Noteworthy, according to this study, 52% of the jobs would be filled by people who relocated to the Grass Valley area. [4]

Also, a critical piece in assessing the true economic impact of a project is to compare it with the alternative of “no project”. In this case, a comparison was made in 2008 between allowing the property to be developed according to the Grass Valley General Plan versus permitting the mine as per the Emgold proposal.

The findings of this comparison were rather surprising:

“Under the General Plan Land Use Alternative, the land designated for Business Park use (the 56- acre northern portion of the Idaho-Maryland site) would accommodate about 800 jobs at buildout (see Table 9). The proposed Idaho-Maryland project would not generate as many total jobs in the City of Grass Valley. Up to 660 people would be working at the project area when construction and early operations phases overlapped. Over the 14 years of stabilized operations the proposed project would employ about 400 people (see Table 3).” [5]

The “no project” alternative would provide twice as many jobs!

What conclusions can we draw from this study? Granted, it was done 13 years ago, and for a different project. But the fundamentals of the workforce, the local economy, and the housing have not changed much, except that housing is in a shorter supply. In conclusion, it seems reasonable that if the economic study were done again it would have the same basic results: that following the General Plan will produce more jobs, that about half of the workers would come from out of the area, and that most of them would stay in rentals.

CEA (Community Environmental Advocates Foundation) advocates for responsible land use and environmental protection policies and actions in Nevada County. Our goal for Nevada County’s future is a thriving community, a strong economy, and a healthy environment. CEA’s parent groups, the Rural Quality Coalition and CLAIM have been working for Nevada County since as far back as 1999.