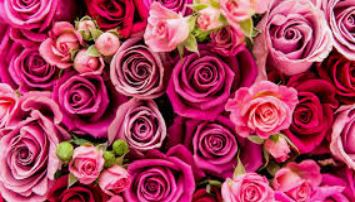 As a chivalric literary historian who has studied the origins of the holiday, I find this a shame. When the notion of Valentine’s Day as a day for romance emerged in the 1380s it was all about love as a natural life force – birds choosing their mates, the freedom to choose or refuse love and the arrival of springtime. But even then many people did not understand or value these things. In fact, that is why it was invented.

The first to write of Valentine’s Day – a feast day with ancient pagan roots – as a holiday celebrating love and lovers were the 14th-century English squire Geoffrey Chaucer and his friend, the internationally admired knight and poet Oton III de Granson, from Savoy in modern-day France. Both poets were recognized in their own time as chivalrous advocates for human rights. And in tandem, they seem to have concocted Valentine’s Day as a day for lovers.

Their work supported principles still important for us today, notably the right to free choice in love and the right to refuse romantic advances.

Chaucer and Granson encountered one another in the service of Richard II of England and admired one another’s poetry. Their poems about Valentine’s Day show them operating as an international chivalric team to address pressing issues in the theory and practice of love, then and now.

In the poem “The Parliament of Fowls,” Chaucer presents Valentine’s Day as a day when birds gather to choose their mates under the supervision of nature. In the poem, presented as a dream, three rival eagles each express a lifelong commitment to a single female. Birds of lower social status and different temperament, waiting in line, quarrel about how to resolve the impasse so they, too, can select their mates.

In the scenario, two of the eagles must be disappointed – Valentine’s Day is no guarantee that all will find love. But in the end the wise female eagle obtains from the figure of Nature the right to take her time in deciding her mate. She chooses not to choose. It is a story of waiting to recognize one’s true love, knowing your own heart and having the right to choose your partner yourself.

Chaucer’s tale relates to an actual courtship that included three suitors and ended in the wedding of two 15-year-olds: Richard II and the princess Anne of Bohemia, in 1382.

Meanwhile, Granson promoted Valentine’s Day in his French poems as a day for human lovers to choose one another and pledge their love, as do the birds. Granson pledges his own undying love to a mysterious lady in his “Complaint to Saint Valentine.” There was no merchandise involved and no gifts were expected.

Chaucer and Granson’s celebration of love as a relationship between partners, a union of souls grounded in respect and the freedom of choice, contrasts with many of the traditions of the age in which they lived.

Throughout the Middle Ages, most marriages were arranged and often forced, usually in childhood – as many still are today – with the full support of tradition and the law. Saints’ lives and legal documents describe parents coercing children to marry by brute force. Chaucer’s own father was kidnapped at age 12 by his aunt in an attempt to force him to marry her daughter in order to gain control over his inheritance.

In this context, Chaucer and Granson reimagined the already existing Valentine’s Day festival to celebrate the potential beauty of love itself. In a world where forced and child marriages are still all too common, it is important to reflect on Chaucer and Granson’s visions. Their reinvention of the day opened the eyes of poets, knights, ladies and just plain folk to the need for respect and self-respect in courtship – and the value of partnerships entered into for love, not just for lust, power or money.

Servants of love, these two knightly poets shaped Valentine’s Day as a gift for future generations. Their chivalrous enterprise deserves to be celebrated as we pursue our own happiness.