It’s been about forty years since you died. I’m sorry I’ve waited so long to write to you. We got busy raising kids … well, I know you know what that’s like. But ours are all grown up now and have lives of their own. Actually they’ve been grown-up and on their own for about thirty years! So, now as I write this, I’m embarrassing myself by revealing how completely I’ve lost track of time, lost track of the decades, really. And I know  you also know what that’s like, because — remember? — a few years before you died we were chatting one beautiful sunny afternoon at a picnic at Foothill Park in Los Altos, and you — in your early seventies at that time  — got teary thinking about how all your old friends were dying.

Now two things happened recently that made me think about you again. First (and this has also been true for a few years) I’m older than you were when you died. And, by the way, I seem to have inherited that tearing-up thing that came on you so strongly in old age. I don’t mind though. On balance, I’ve mostly been grateful to have inherited your emotional softness (even though I know you kinda reproached yourself for it).

Anyway, what really makes me think about you now (because you retired from the Railway Postal Service after working in it for over thirty years) is the fact that the Republicans are trying to kill off the Postal Service. I know it’s hard to believe that they are trying to kill an institution whose first Postmaster General was Benjamin Franklin himself, but that’s kind of emblematic of what has become of the GOP since you died. They’re pretty much attacking the foundations of our government like a bunch of starving rodents.

But, I get ahead of myself.

I really don’t want to make you sad in Heaven (if that’s where you are … just kidding!) by telling you what has happened to our country. You left it to us better than you found it, but I can’t tell you how it grieves me to confess to you that we’re leaving it to our kids much worse than we found it. I’m not even quite sure how that happened. But — oh well — like I said, we were busy raising kids.

I’ll Just say this. You were so right about the Republicans when you told me back in the 1950s (I think it was) that you always voted Democratic because every time a raise for postal workers came before Congress when the Republicans had a majority, they killed the raise. I’ve always thought that was just about as sensible a reason for your political leanings as any I’ve heard. I’ve followed your practice and have never regretted it, until recently when Democrats have tried to mimic the Republicans’ electoral success by kissing up to big business, and have kind of abandoned the working class.

Whoops, sorry, I promised I wasn’t gonna make you sad in Heaven. (By the way, are there any Republicans in Heaven?)

Our current president (I won’t even bother to tell you his name because he’ll soon be forgotten as a one-term product of a corrupt system that we may yet save) … our current president came to office in part by pretending to be a rich successful businessman. Why that is considered a qualification for president still puzzles me. In any case, it turns out that he has always been a psychopathic narcissistic lying grifter, and actually a failed businessman, to boot.

So all I can offer you to make you Happy in Heaven is the report that you were totally right about the Republicans. 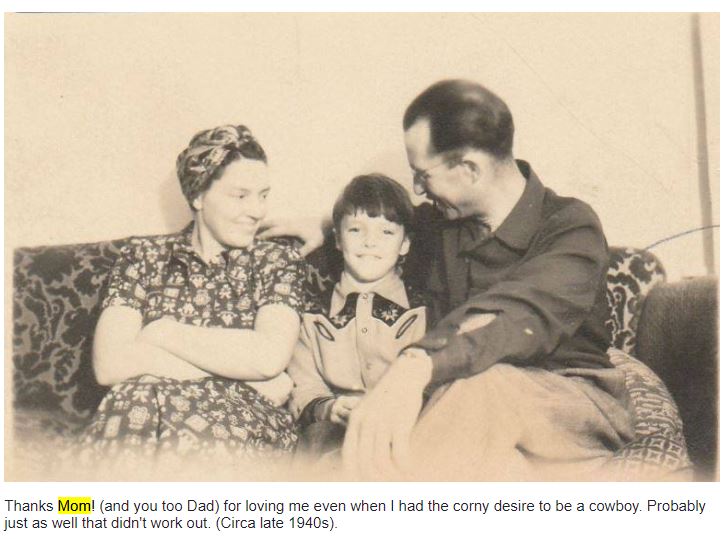 But now that I think of it, since that probably isn’t so cheerful after all, let me just say this (because I don’t think I ever told you this when you were alive): You were a great and good man who worked at a fairly low paying civil service job during the Great Depression, a job that you never really loved, because you kept faith with your wife and four children. You told me once that when you were young you wanted to be a chemist. I know you thought that you had somehow failed in life because you never became a chemist. You didn’t fail. You loved your family and you did what you had to do.

Anyway, I’ll keep you posted, especially if things get better in the way that I hope they will.

I want you to be Happy in Heaven.

PS: Next time I’ll tell you about the pandemic that we are now living through, just as you lived through the last great one in 1918.