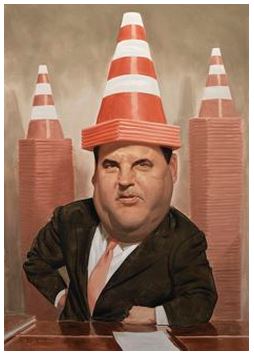 When Norcross introduced Christie at the ceremony, he teased the Governor openly. He reminded the audience that, despite Christie’s impressive reëlection, he failed to win any new Republican seats in the legislature. Then he touched on a sensitive issue. Norcross sponsors an annual ten-kilometre race across the Benjamin Franklin Bridge, connecting Philadelphia and Camden. “There’s one thing the Governor, with all his power, has not been able to achieve,” he said. “I’m the one who’s able to shut down a bridge.”

What? You think he’s not that petty?

On January 24, 2013, Christie’s top political advisers compiled a private list of twenty-one Democratic mayors whose endorsement they coveted. Mark Sokolich, the mayor of Fort Lee, was the second name on the list. “We should get the targets to ‘sign on dotted line,’ ” a top aide wrote in an e-mail.