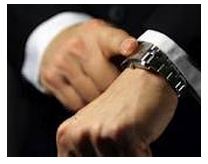 CEO David Watkinson of the Idaho-Maryland Mine Company today told Mathew Renda of The Union that it will miss the deadline of September 10th set by the City of Grass Valley for it to make its initial deposit on the DEIR (draft environmental impact report).

The following sentence in the Union online article suggests that IMM itself declared the DEIR insufficient, when in fact it was the city that declared it to be insufficient:

” Idaho-Maryland Mining Corp. declared the DEIR insufficient and requested additional items be addressed, but the turbulence in the national economy prevented the company from funding the continued environmental review. “

IMM will now have to submit a new application and start over from the beginning if it wishes to move forward with its project at any time in the future.

Here’s the press release from CLAIM (Citizen’s Looking at the Impact of Mining) this evening describing this latest development:

The Emgold Mining Co. has announced that it will not meet the deadline of Sept 10 for submitting the necessary funds to the City of Grass Valley, as reported in The Union on Tuesday, Sept 4. This means the City will cancel the permit application for their flagship project, Idaho-Maryland Mine. On March 13, 2012, after granting previous extensions, the City had set a final time limit of 180 days in which to make the deposit.

If a permit is eventually granted, the costs to de-water the old mine and build the mining and ceramics factory facilities would likely exceed $200 million.

Citizens Looking At Impacts of Mining (CLAIM-GV) is a Grass Valley non-profit whose mission is toprotect the community’s natural environment, public health and safety, and economic sustainability relative to mine re-openings and/or developments. CLAIM-GV’s many volunteers focus on gathering the relevant information, analyzing it, and making it available to the public