How many times can a corporation break the law and continue to exist? Inside the fight to revoke Massey Energy’s corporate charter. 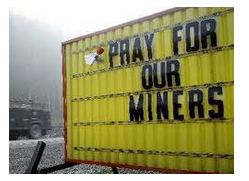 A majority of U.S. Supreme Court justices and some politicians like to refer to corporations as “persons.” Few actual people, though, could get away with years of lawless behavior resulting in injuries and deaths, and the destruction of entire communities and ways of life. To do that takes the protection of a corporate charter and a legal and regulatory system that has succumbed to concentrated money and power.

On Friday, two public interest groups asked the attorney general of Delaware to revoke the charter of Massey Energy, a company they call a criminal enterprise.

“Massey Energy operates outside the law,” says Lorelei Scarbro, who lives a few miles from the West Virginia’s Upper Big Branch mine, which is owned and operated by Massey Energy. Scarbro traveled to Delaware to speak in support of revoking the Massey charter. “The people of Appalachia are collateral damage; they believe it’s okay to wipe out a whole culture.”

An April 2010 disaster at the Upper Big Branch mine claimed the lives of 29 coal miners. The accident investigation, commissioned by West Virginia Governor Earl Ray Tomblin, pins the blame for the disaster squarely on Massey’s “total and catastrophic systemic failures … in the context of a culture in which wrongdoing became acceptable, where deviation became the norm.”

According to the report, Massey is also responsible for “incalculable damage to mountains, streams and air in the coalfields; creating health risks for coalfield residents by polluting streams, injecting slurry into the ground and failing to control coal waste dams and dust emissions from processing plants; using vast amounts of money to influence the political system; and battling government regulation regarding safety in the coal mines and environmental safeguards for communities.”

Massey is chartered in Delaware, which is known for its corporate-friendly policies, although the company has no operations there.

“I know people who have died. I know people raising family on poisoned water. We need the attorney general to know that atrocities are occurring on the ground on account of an outlaw corporation,” Scarbro said at a press conference on Friday. Scarbro is part of a family of coal miners going back three generations, and a leading spokesperson in a campaign to stop mountaintop removal mining on Coal River mountain and instead install a 328-megawatt wind farm on its ridges.

How has Massey been able to routinely ignore health and safety standards and environmental regulations? 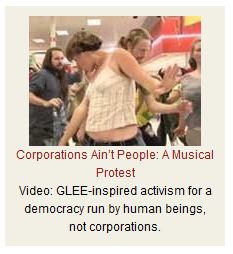 “Many politicians were afraid to challenge Massey’s supremacy because of the company’s superb ongoing public relations campaign and because CEO Don Blankenship was willing to spend vast amounts of money to influence elections,” notes the report to Governor Tomblin. “In one well-documented instance, he used his resources to elect a relatively obscure judge to the state Supreme Court.”

“It is well established that the corporate charter is a privilege, not a right,” says Jeff Clements, co-founder of Free Speech for People. “Delaware, as with other states, reserves the right to revoke or forfeit state corporate charters when they are abused or misused, as in cases of repeated unlawful conduct.”

“The Massey Energy Company presents a classic case of a corporation whose charter should be revoked,” says Clements.

“We are strongly urging Attorney General [Beau] Biden to stand up to corporate power and say, at some point, corporations do not have the power to dismantle our democracy and to violate our laws willfully and systematically,” said Robert F. Kennedy, Jr., who has been part of the effort to decharter Massey.

Jason Miller, a representative for the Delaware Department of Justice, told YES! that the petition to revoke Massey Energy’s charter is “under review.”

YES! Magazine encourages you to make free use of this article by taking these easy steps. This work is licensed under a Creative Commons License